For the final project for Tangible Interaction we are tasked with building an instrument. Using MIDIusb we need to create something that makes music and is actually “playable.”

Noah and I will be working together on this project.

First Concept pre-remote life
The original idea we had before going remote, was to build a mini synth inside an old Pignose amp.

We were thinking about using sound sensors to detect sounds spatially then record a sample from that direction / location and then play it back into the synth.

This concept sounded fun but didn’t really translate to our new remote environment.

I did get the amp and futzed with it a bit but couldn’t get it to fully work. That will have to be a project for another time…

The PignoseSynth that could have been…

Concept: To send data over UDP across the internet to a remote device to create an amorphic collaboration.

Initially we were thinking we would use the number of HOPS to alter the MIDI control settings. Theoretically it will always be variable due to the inconsistencies of the internet.

We haven’t had much luck finding a way to find the HOPS so our back up plan is do do it based on time it takes for a packet to be received.

We are also wanting to have the IP address and the PORT both control additional configurations or sounds.

Both of these data points are configured by the parties / musicians involved and conceptually act as keys to control the other musician’s sounds.

This is a comment on how we collaborate as well as the new found distance between us all.

We have successfully tested sending data to each other over UDP, using the UDPwifi library.

Now we need to decide what exactly we want to play and how the various signals sent across the internet will affect things. 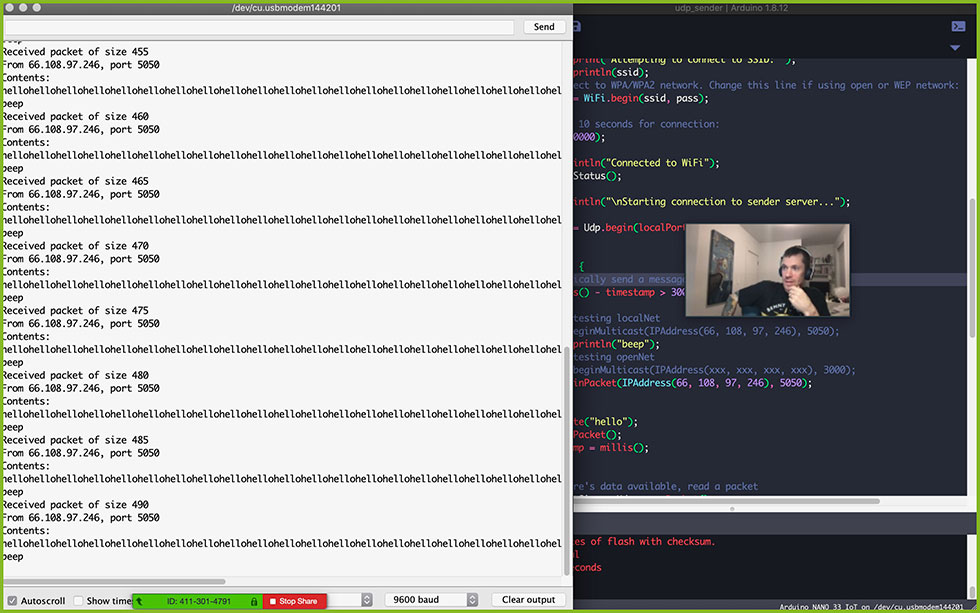 They will have various inputs.

We’re playing with the idea of using some conductive inputs to change notes and maybe use a capacitive touch input to create a slide effect.

Also have been playing around with FSRs as inputs.

Here are some initial sketches. We were also playing with the idea of using a sardine can. But I think we’ve settled on a coffee can. 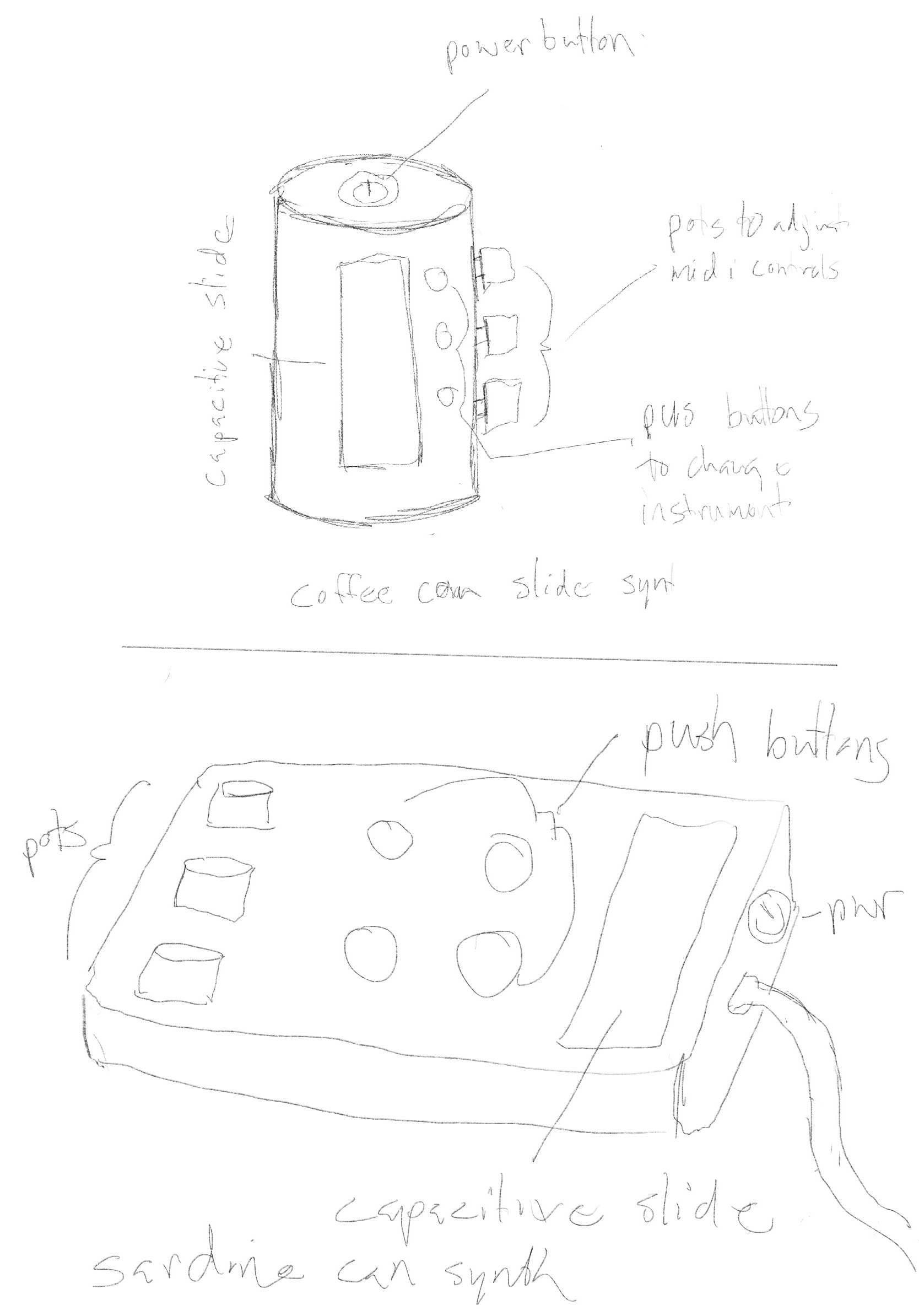