This week we refined our MIDI controller concept and put together a bill of materials and system diagram.

We explored capacitive inputs and further researched sending data across the internet and using the various controls and limitations of that transmission as a means of collaborating.

We plan to have mostly capacitive inputs on our device. Updated sketch below showing a total of 10 inputs. 4 capacitive buttons, 4 capacitive slide inputs, 1 rotary encoder, & hopefully one capacitive disc input for navigation.

The capacitive buttons will act as music inputs and send & receive buttons.

The rotary encoder will be used for setting MIDI control values and basenote selection. 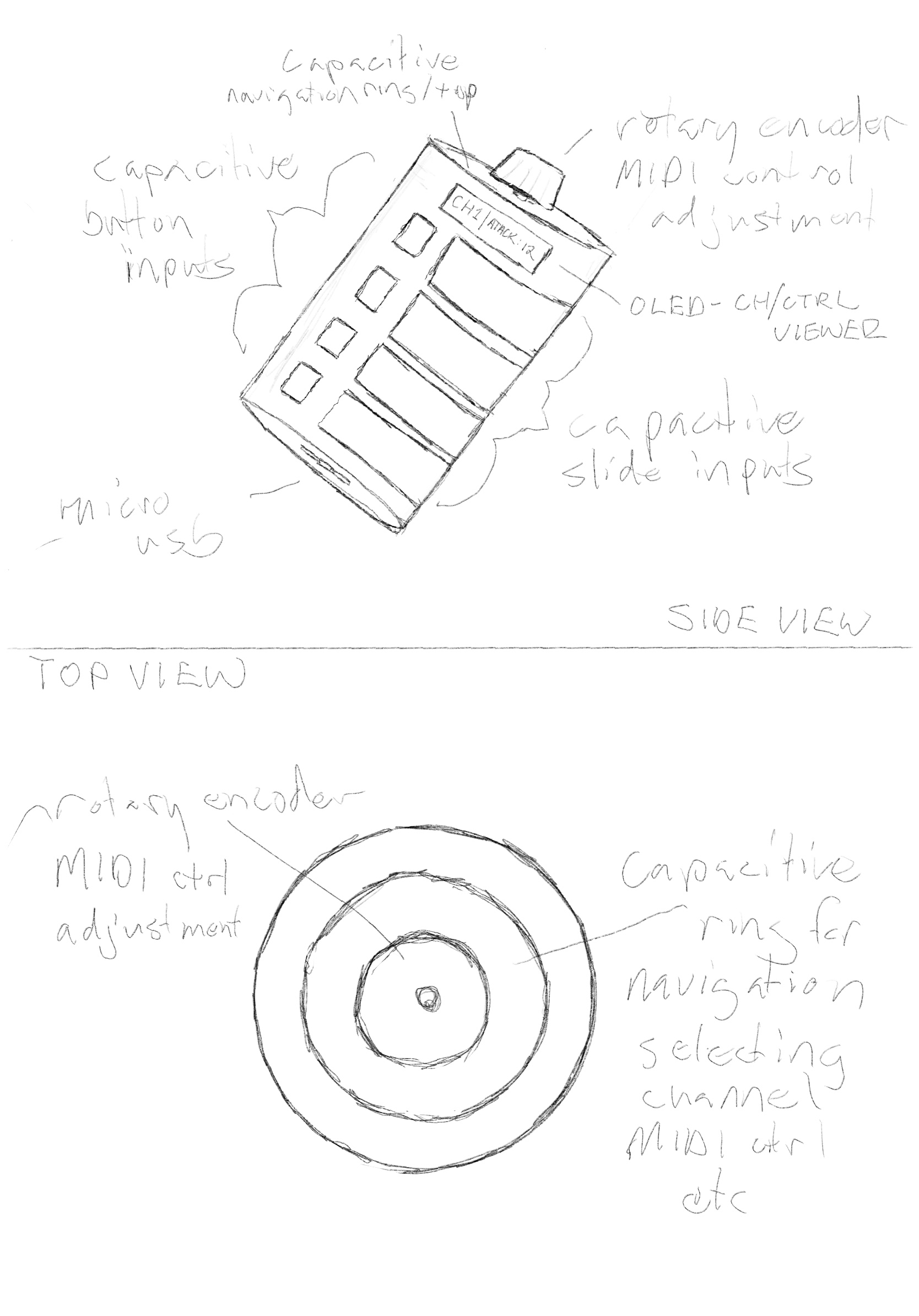 Network
Expanding on what our concept for the network components would be.
1)listening and receiving 8 channels total. (user only can control 4 locally - but controls which to send and receive).
2)port - maps to BPM in some way
3)IP - adjust how sounds play in user location - controls MIDI controls
4)”hops” / distance - some form of delay or sustain - if we can efficiently do this

LOGIC
We want to have various channels and Noah is on Catalina, so Simple Synth was out. Which meant we had to learn / start to learn LOGIC… phew there’s a lot to that app!!??!?!!!

The current plan is to use Illy’s coffee cans… Guess I’ll have to drink more coffee, darn and mmmm. 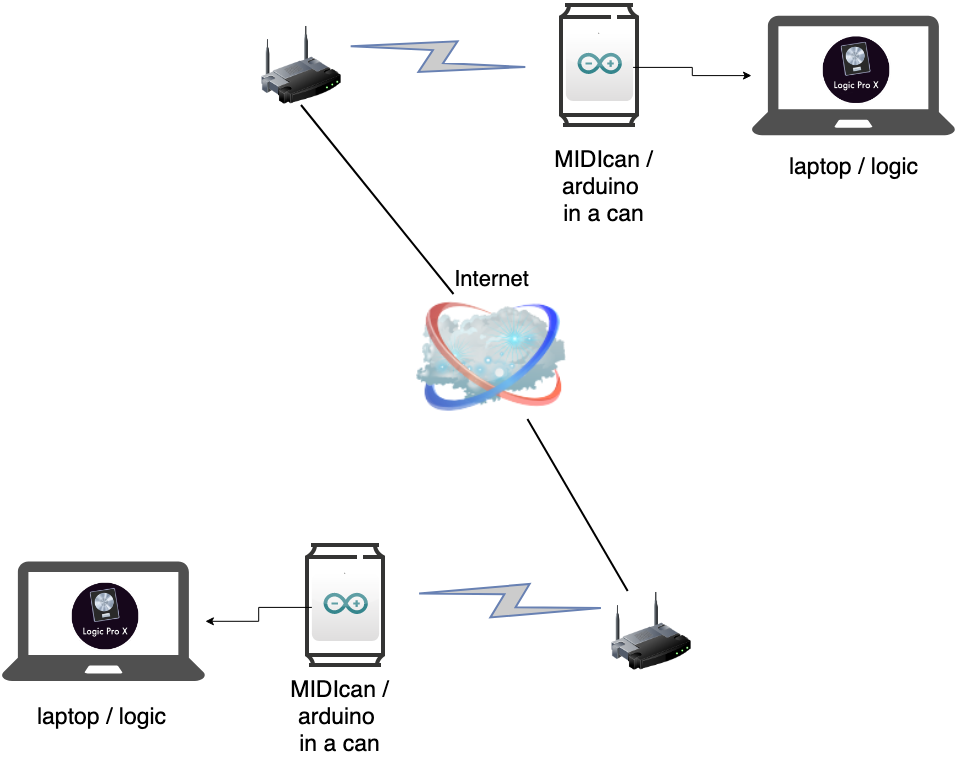 Capacitive Button Testing
Tested out a few different ways of making capacitive buttons. Ordered some copper sheet which may be too thick and also have some capacitive tape on order. 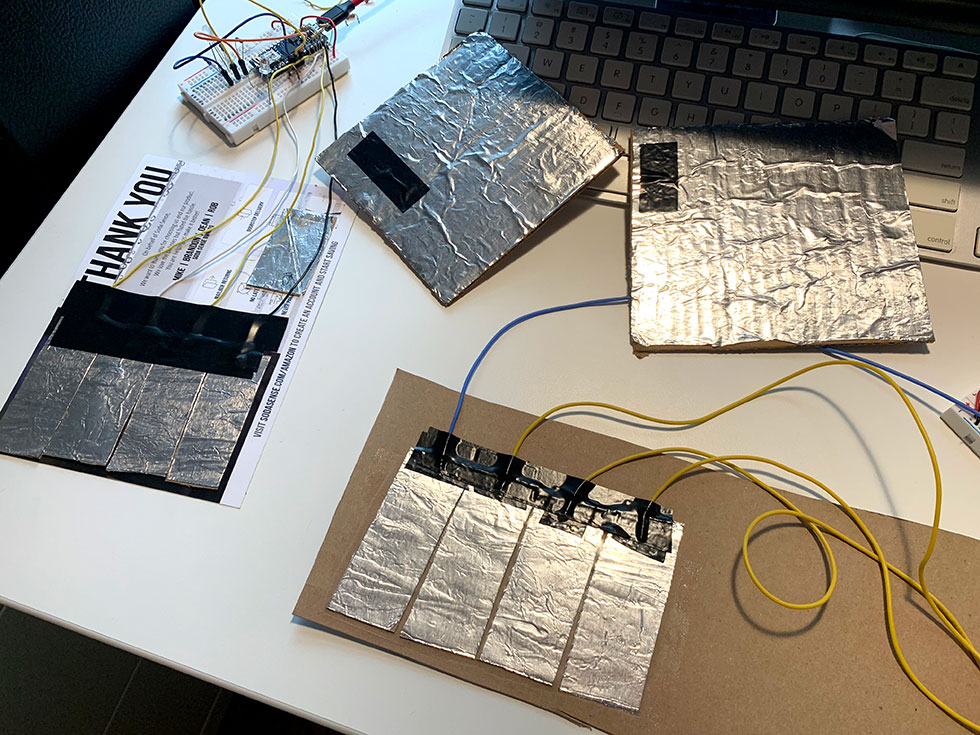 NEW To Do
1) Figure out what MIDI cmd to use to turn off all sounds on a specific channel
2) Figure out what makes the quantum bass software synth loop, so we can control it
3) Figure out if we can do trace-route
4) Continue working on capacitive inputs
5) Figure out how to adjust the various MIDI control values