Our first assignment for Tangible Interaction was to build a clock.

As mentioned in my previous post I needed a clock for our bathroom. However, my more designed cork enclo sure was a bit more than needed for this assignment.

It was suggested to just keep it to a simple standoff panel enclosure. The only problem with that was, the way that I wanted the dot matrix display to sit behind the acrylic front panel. I didn’t want any attachment points visible from the front.

Which meant I needed to support it from the back. And needed a front and back panel.

At that point I was basically just making a box. So I went ahead and added side panels too. Which may or may not have been a good idea.

Code
Coding actually ended up being the most time consuming part.

Both the rotary encoders and the dot matrix proved to be more difficult to work with than I expected.

I used the Encoder.h library for the encoders which was helpful. But constraining them to the ranges I wanted took a bit to work out. Also, handling the rotary button press took some time to get working the way I wanted only in certain modes.

The dot matrix was also somewhat of a pain. There were a ton of libraries available for the Max7219, which was great. But I ended up finding conflicts in a few of the libraries which prevented me from doing things exactly the way I originally wanted. In the end I used the MAX72xx.h and Parola.h libraries.

For setting the clock you turn the left rotary to the appropriate set mode. Pushing the left rotary cycles through setting hours, minutes, seconds, days, month, and year.

The googly eyes animation was example code included in the MAX72xx lib. I thought it was fun and would make a fun addition to the feature set of my clock.

Code can be found here on github. With more time, there would be few things I would like to clean up in the code for better UX but it works as is for a prototype. 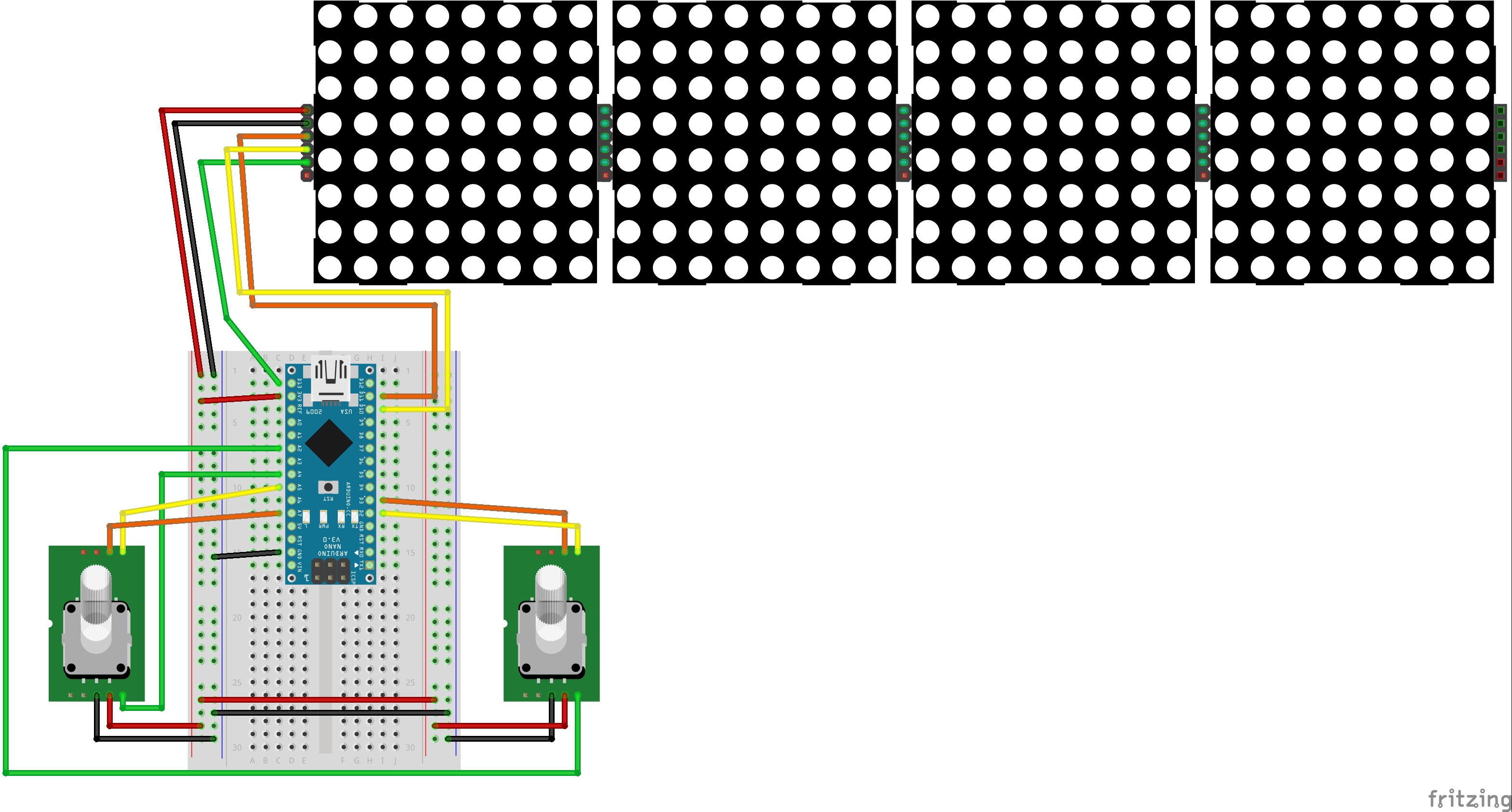 Fabrication
Simplifying my design from a cork enclosure to a simple panel enclosure really lighted the fab work load for me.

But as mentioned above I needed front and back panels so I ended up doing a full enclosure. It looks good but definitely makes it harder to access things.

Trying to find a way to support front and back panels I found this enclosure, built by Marty Rice which had a combo design using locking tabs and standoffs. I thought that would work great for my needs. 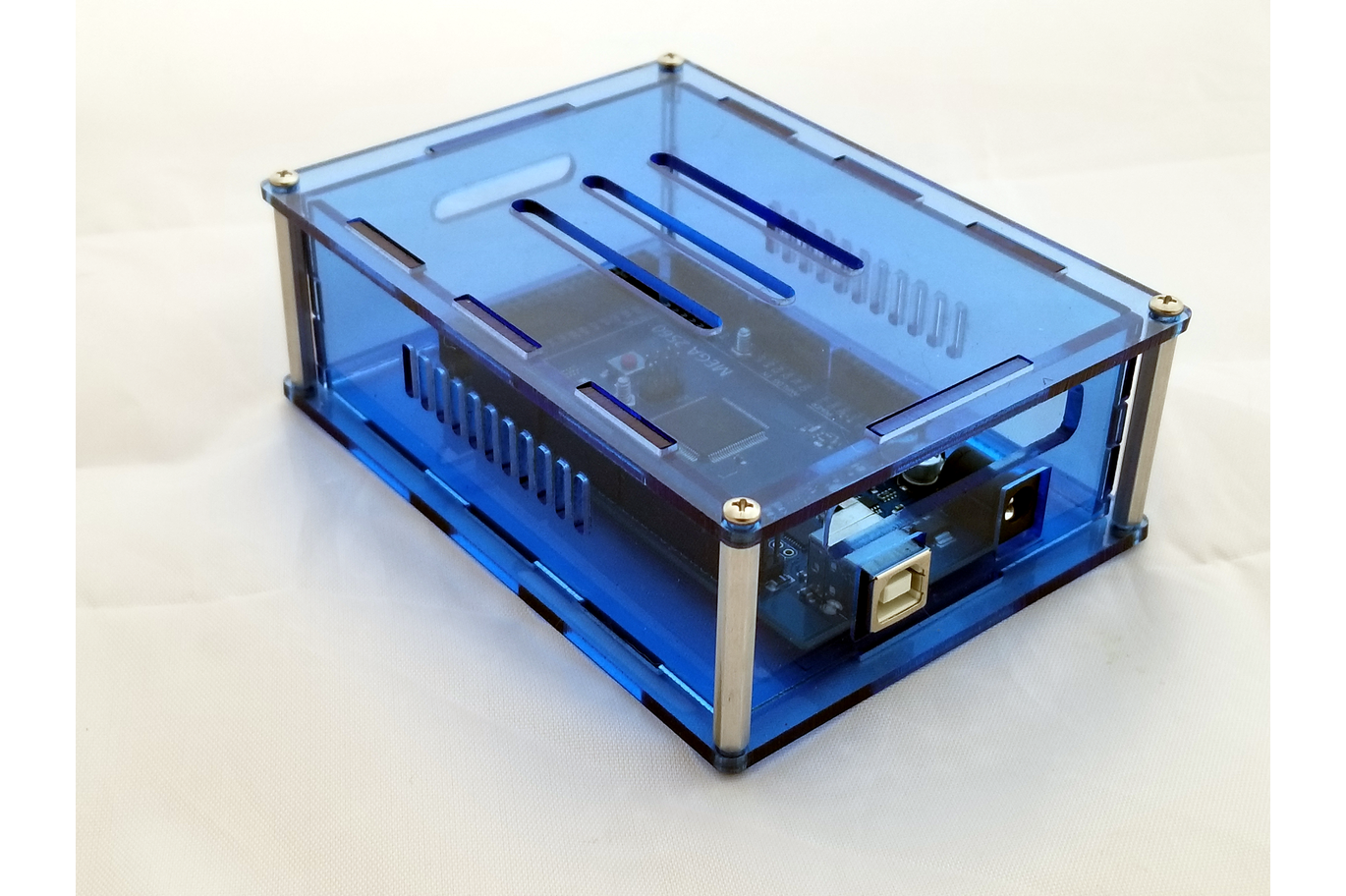 I sketched out a few ideas, based on the example I found, took some measurements, and I was ready to head to Vectorworks to layout my panels for the laser.

Using Vectorworks was great. In class I felt like I could do the same thing in Adobe Illustrator faster, but after working with Vectorworks for a while and began to see the benefit in it’s exactness.

I really like being able to easily put in exact measurements and duplicate certain aspects quickly. 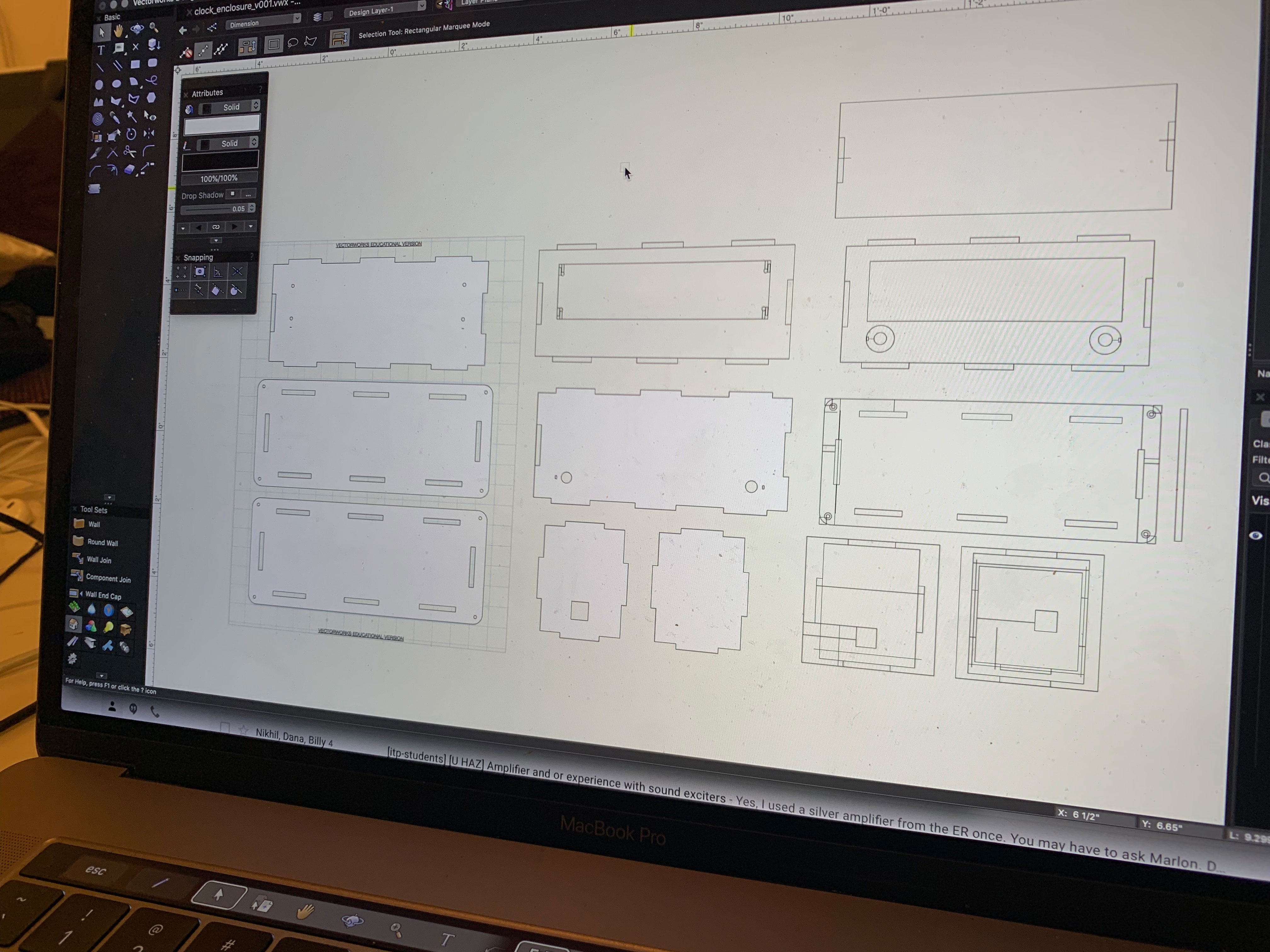 I laser cut a few cardboard prototypes getting some spacing and hole sizes worked out.

After Which I was ready to laser my final materials.

Things moved a quickly and I had some extra time so I was able to stain my wood panels. The stained panels paired with the white face and brass standoffs really looked nice.

Issues
Conflicting dot matrix libraries. Sorted by giving up certain features.
Spacial issues with the rotary encoders and the dot matrix. In side the enclosure things got pretty close, but I was able to make it work.
Using the googly eye example code and having the animation work when I change clock modes. I had to adjust the order of commands and place certain parts in the loop and in the respective function.
And last but not least, one of my dot matrices died right as I was finalizing my enclosure. Argg!!! A replacement is supposed to be delivered by 9pm tonight. Fingers crossed…

Minus a few hiccups, everything came together pretty nicely. I’m happy with the final product and I even think my wife will allow it to be on display in our bathroom.

Final Clock - with a busted eye