As I begin down the path of thesis research, one of the most common “buts” when I tell someone my thesis idea is, “but isn’t Bitcoin bad for the environment?”

In this post I will analyze industry statistics and disprove this misbelief.

The below graph summarizes a comparison of annual energy usage in TWh (terawatt hours) for Bitcoin, Fiat, and Office Building usage. (office usage data from 2012 for US only)

Bitcoin being bad for the environment is a common misconception. I knew that when compared to the current financial system, Bitcoin’s energy usage would not be orders of magnitude larger.

I “knew” this, but didn’t have all the facts. I decided if I was going to go down this path of exploring Bitcoin / blockchain and using it to reduce one’s carbon footprint, I’d better know the answer, definitively.

To start, I tried to get an estimate of how Bitcoin’s energy use compared to the current fiat financial system’s. To do that I needed to know the number of banks and what their main usage of energy is. Turns out it is somewhat hard to find an exact answer.

Luckily I was able to find this Hackernoon article by @carlosdomingo from 2017 that did most of the leg work for me.

He found a few sites here and here, that estimate the number to be around 14,600 to 25,000 respectively. He goes on to say that there are an additional 60,000 quasibanks to account for.

Carlos settles on an average 30,000 for his calculations.

Spot checking some of these numbers on worldbank.org. seem to be in line with Carlos’ estimates.

The article conservatively estimates the banking system total power usage sits right around 100 TWh (terawatt hours) annually. It goes into great detail of how it reached that figure. I recommend following the link above to read the details from the source.

Compare that to the estimated 76 TWh(max estimate referenced) used annually by the Bitcoin network and you’ll see that Bitcoin is actually quite a bit more efficient. Note Hackernoon referenced a lower estimate(28.67 TWh) but the 76 TWh is from a current rolling BTC Energy Consumption Index. 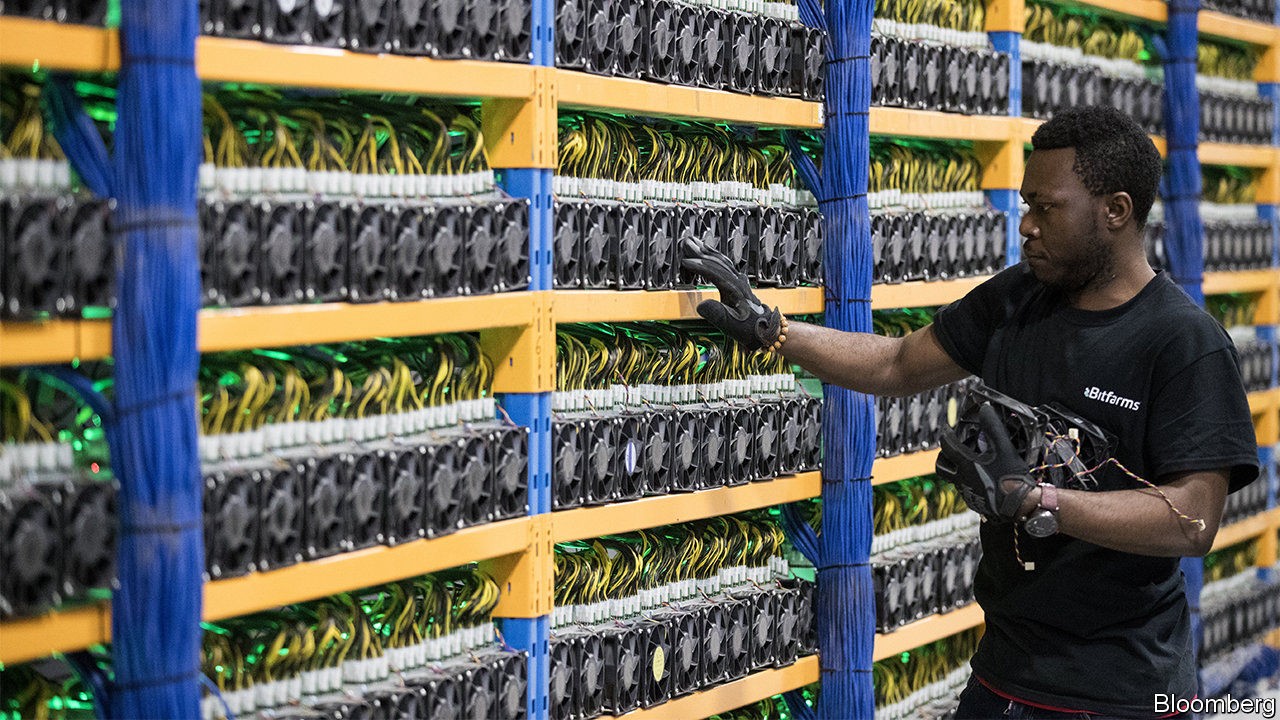 I wanted to validate the assumptions this article was making so I kept digging.

I found another Bitsonline article which pretty much just referenced the Hackernoon article and a more recent article from Ledger - Energy consumption - Crypto vs FIAT?.

The Ledger.com article also referenced Hackernoon, and they both brought up a couple of additional points worth noting.

1) Bitsonline states that the Hackernoon article fails to include energy used by all employees of the banks, for example, all the bankers flying their private jets around the world, all the bank tellers that commuting to work each day, etc. Bitsonline posits that while these costs may not directly relate to transactions, they are the “lifeblood” of the banking industry.

With Bitcoin however, there are no offices, no employees, no bankers.

It would be remiss of me not to mention that in addition to power consumed by bitcoin minders, individuals and companies developing in the Bitcoin space also consume energy. However, the number of people working on Bitcoin is a tiny fraction of the number of employees just working at banks, not to mention all the supporting companies needed to maintain the Fiat system. Again somewhat hard to quantify, Crunchbase lists that there are 501 US Bitcoin companies. Development of Bitcoin has seen a rolling group of contributing developers. With a total approx. 370 contributors. Active contributors usually hovers around 100.

Even a high estimate of ten thousand people working on Bitcoin pales in comparison to the Fiat system’s employment numbers. Wells Fargo for example has 280,000 employees and thats just one bank!

2) The Ledger.com article brings up an additional point that hardware advancements and upgrades to the protocol itself will make Bitcoin more efficient. SegWit, MASTs, Taproot, and Schnorr improve Bitcoin protocol efficiency, security and privacy.

But there is one flaw in point #2 regarding hardware improvements. It requires us to take a small sidebar to look at Bitcoin’s Proof of Work system.

Proof of Work
Proof of Work (PoW) is Bitcoin’s consensus algorithm, used to confirm all the transactions on-chain and create new blocks. PoW requires all miners to compete to solve a mathematical puzzle. This puzzle or equation takes a significant amount of computational power and is why Bitcoin is seen as “bad for the environment.” The cost and power requirements of PoW are what secures the network. PoW not only makes it difficult for any one player to attack the system, but also creates mining competition which keeps the system distributed.

The flaw in point #2 is the statement that hardware improvements will make the network more efficient. While there will undoubtedly be hardware improvements, Bitcoin’s core protocol also includes a difficulty adjustment. As hardware gets more efficient the network will actually make the puzzles more difficult to solve. Requiring more and more advancements in the computational power required to solve them.

The notion that PoS’ much smaller power consumption is better than PoW’s is also a mistake. Proof of Work is the artistry of the Bitcoin network in that the required large overhead of bitcoin mining power consumption secures the network. Applied game theory makes it impractical for anyone to attack it and ensures the honesty and anti-fragility of the network.

There was also a study published in the Business & Information Systems Engineering Journal (2020) - The Energy Consumption of Blockchain Technology: Beyond [the] Myth.

It takes a deep dive into many of the topics already covered but it brings up another finding worth drawing attention to. The study concludes that while the Bitcoin network does require huge amounts of energy compared to the current transactional volume, it does not pose a threat to the environment via climate change due to the fact that energy consumption of a PoW blockchain does not increase substantially when scaled.

To take it one step further, I did a little research into what other industries use in terms of power. I had a hard time finding exactly what I wanted but did find some eia.gov data that quantified energy usage of office buildings in the US. Half of the sections detailed are double or more that of Bitcoin, and this data is US only, not the global values we’ve set for BTC. (see graph above)

To cover all my bases I also reviewed this article which takes a less favorable stance on Bitcoin. It claims that Bitcoin alone could push global warming above 2°C by 2033. This article fails in one major point. It clearly states that it does not take into account any advancements in energy efficiency and fuel costs. Stating that “the projections assumed the fuel types used would remain fixed at today’s values.” It also disregards that some 74% of the energy consumed by Bitcoin is electricity from renewable sources (wind, solar, and hydro). A sector that has seen dramatic reduction in costs year over year and forecast to continue on that trajectory for decades. 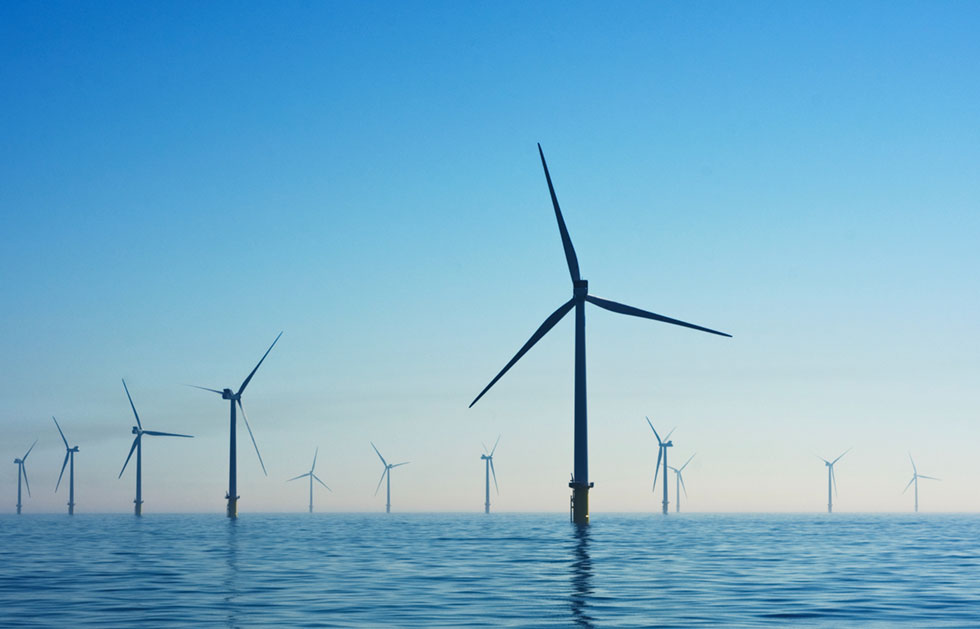 Other Initiatives
In addition, there are initiatives such as Great American Mining which uses gas that would have been discarded as waste or sold off at a loss to mine Bitcoin. Or examples of selling excess contracted electricity for mining.

Bitcoin is actually having an inverse effect on our current power infrastructure and making it more efficient.

Sciencemag.org also did an interview with Guillaume Chapron, an ecologist at the Swedish University of Agricultural Sciences in Riddarhyttan. Guillaume is envisioning ways of using Bitcoin and blockchain to improve trust, change how we treat ownership, and influence policy all from an ecological perspective. In what he calls SusTech (sustainability tech.)

Combine all this with the potential global benefit of a scarce, immutable, decentralized system of account, or potentially reserve currency, like Bitcoin and any other cons are moot points.